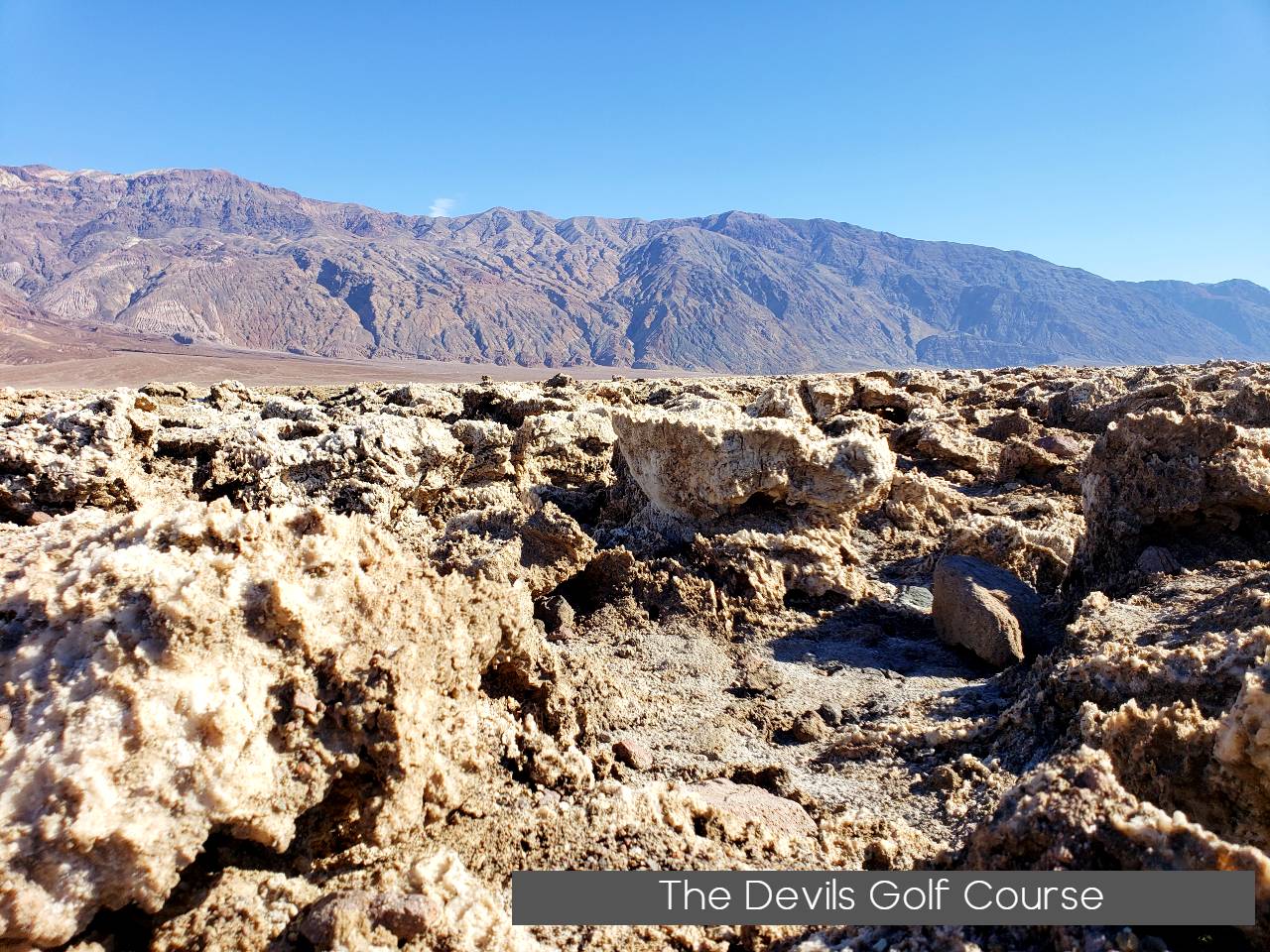 Possibly the wildest place on earth and a great spot for photography.

Death Valley National Park – The Devils Golf Course – Named after a line in the 1934 National Park Service guide book for Death Valley, which stated that “Only the devil could play golf” on its surface, due to large, sculptural edges of the salt crystal formations.

Listen carefully and you’ll hear sounds like tiny pops and pings — the sound is literally billions of tiny salt crystals bursting apart as they expand and contract in the heat.

The Devils Golf Course in Death Valley is an unforgiving landscape that has to be seen to describe. The sharp and jagged crystal formations seem to go on forever, and then they disappear into the Badwater basin.

Located south of Furnace creek on Badwater Road, just before getting to Badwater basin. Drive down a dirt road as it dissects the basin until stopping at parking area. The basin is not safe to walk on, the jagged salt edges will wreck havoc on your shoes but the imagery is spectacular.