by sierrarecmagazine
in South Lake Tahoe
15 0
0 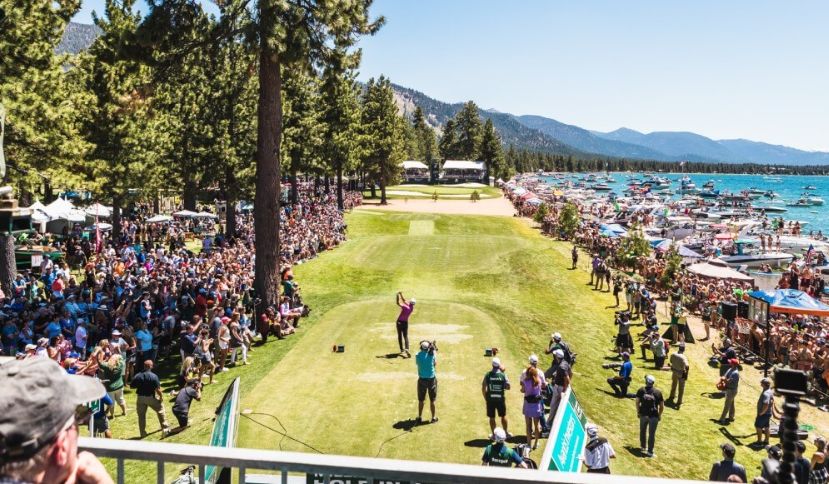 Dec. 14, 2022 (SOUTH LAKE TAHOE, Calif./Nev.) – While the early bird gets the worm, fans of the American Century Championship, the celebrity golf tournament at Lake Tahoe in July, receive a 30% holiday discount on Weeklong Grounds Badges when purchased from December 5 through 25. https://www.eventbrite.com.

The five-day pass is just $125, a 30% savings for the 34th annual celebrity golf extravaganza at Edgewood Tahoe, on the South Shore of Lake Tahoe, July 12 – 16, 2023. The holiday savings special is being offered for a limited number of passes.

The pass is good all days of the event, including practice rounds on Wednesday and Thursday, July 12-13, and all three tournament rounds, Friday through Sunday, July 14, 15, and 16.

Smart shoppers will realize a $55 savings before Christmas while securing the popular pass. The next purchase opportunity for the Weeklong Pass will be April 1, based on availability. Individual tickets will also go on sale for $30 per day Wednesday and Thursday; and $40 each Friday through Sunday.

The celebrity golf tournament is the South Shore’s largest special event, televised on NBC  Sports. Last year established a record attendance of over 67,000 for the week of luminaries, golf, spectacular scenery, and a vibrant nightlife scene at the Stateline casino/resorts. While player commitments will be announced starting in January, fans are guaranteed to see All Stars, superstars, Hall of Famers, and entertainment personalities. Among the stars who appeared in 2022 were Stephen Curry, Patrick Mahomes, Nick Jonas, Justin Timberlake, Josh Allen, Charles Barkley, Aaron Rodgers, Annika Sorenstam, Tony Romo, Miles Teller, and Colin Jost among the 80+ players.

Since its inception in 1990, the American Century Championship has donated more than $6 million to local and national non-profits.