A Visionaries Journey to Create the American Perimeter Trail.

by sierrarecmagazine
in Hiking/Backpacking, industry news, News and Events, Trails
15 0
0 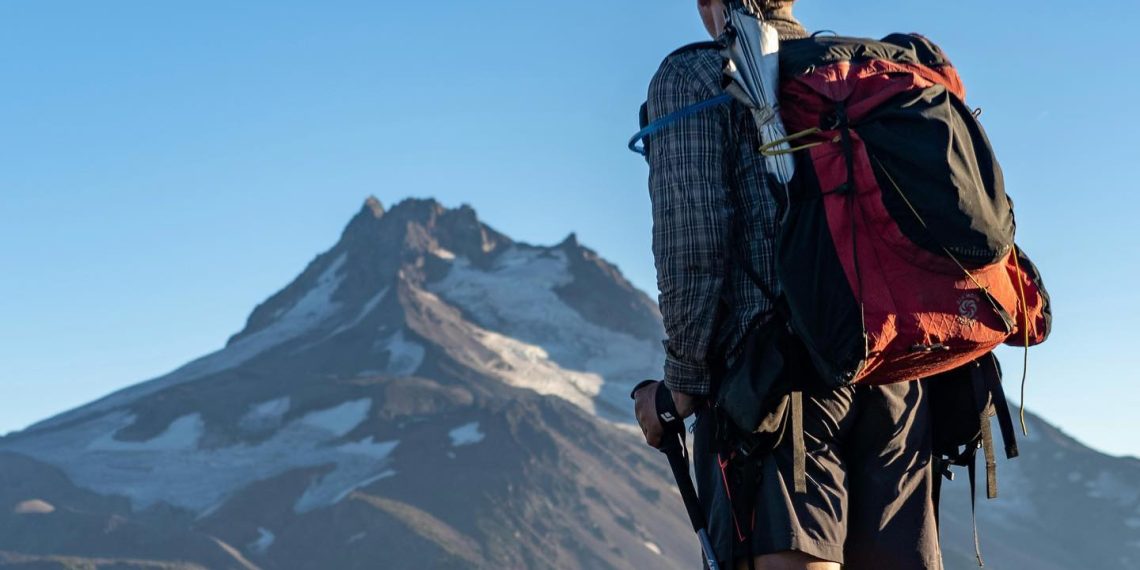 A Conversation with Rue McKenrick – A True Lewis and Clark Explorer

Sometimes social media is just perfect. Most of the time, it is just a vast black hole, but yesterday during a somewhat typical 10-minute peruse session. I stumbled on a post regarding a hiker who walked a 14000-mile loop around America over the past two-plus years. Talk about a way to escape the Pandemic. A True Lewis and Clark explorer in the 21st century?

His posts were under a trail association name called the American Perimeter Trail @americanpermitertrail. Doing a little quick research to see if this was real, I realized that Rue McKenzie, from Bend, Oregon, had just finished a complete circle around America. On foot with a backpack! He had founded a non profit with the mission to complete a massive 14,000 mile trail around America. I needed to know more. How was this possible? Why would someone do that kind of journey in today’s age?

The rest of this story is my notes and conversations with Rue as he shared some of his experience, passion, mission, and why to this rather hard-to-believe feet.

A little bit about Rue

Rue McKenrick  has been hiking long-distance trails in America for nearly 20 years. He is an accomplished triple crown hiker of the PCT, AT, and CDT, and based on his scattered seasonal work history, to fund his hiking, you could say Rue is what you call a professional hiker. Rue has hiked well over 20,000 miles of American trails since high school.

Q: So how did this all start Rue?

Rue: In July of 2019, I was in Bend, Oregon, and I envisioned creating this trail. Or a route that might connect many other trails not named the PCT (Pacific Crest Trail) or AT (Appalachian Trail). I imagined a trail with no beginning and no end. The creation of a circular loop trail in America that millions could eventually use. Not exclusively a backpacker’s trail. So I grabbed my tatters backpack, “ducktape and all,” and I started walking with the 400 dollars I had in my pocket. I had no social channels back then, my gear was worn and tattered, and I didn’t wait to get a sponsor. So I just did what I always have done. I started hiking south, trying to create or use seldom used routes, not called the PCT for the entire route.”

Q: When did you get sponsors and set up the 501c for the association?

Rue: Not til about a year later. I didn’t have time, skills, or money, so it wasn’t until I met a few people and supporters that we could complete that.

Q: So you hiked a year with no real support?

Rue: Yes, and what made it worse is the Pandemic hit while I was on the trail and all the traditional help you might get from Trail angels, other backpackers, small communities etc. disappeared quite quickly. I had a few people help with re-supply boxes for me, and that was about it. Because many small communities were shut down to visitors, the Pandemic was challenging initially.

Q: Wow. What were some of the most complex parts in taking on this challenge for such a seasoned hiker?

Rue: Well, there were some tough times, but let me give you two examples:

First, regarding my trail choices and another very personal one.

First, there is a section of the trail that I will be redoing because I could never consciously send another hiker over this route. So without sharing details, I walked from the Ridgecrest ca. area through Death Valley and onto Las Vegas/Grand Canyon region. This section was brutal for various reasons. But what made it scary was an evening when my water bag, which I generally slept with, was suddenly jerked from beneath me by a fox. It startled me a bit, and then, once I found my headlamp, the fox was sitting there nibbling and sucking on the nipple. So I yelled, and he grabbed the nipple and took off running, in pursuit, yelling and screaming; the fox dropped the bag. The hose was now chewed a bit and slightly leaking. I avoided a catastrophe, but it made me aware of the precious water resource.

The second difficult time on the journey was the unexpected death of my brother. He was struck and killed by a car. Difficult to stay on the trail, but I believe he would have wanted me to. Add to it that a bit past halfway, and I started to deal with depression and a condition called “Over Training Fatigue”. It was a real struggle to stay motivated and focused.

Those are just two of the stories I have from the trail.

Besides those two instances, I also had guns pulled on him in Texas, was detained by police in multiple states, experienced extreme weather conditions with significant snows in Arizona and North Dakota, tornadoes in Ohio, and a month of rain going northeast through the Appalachian mountain range.

My entire hiking pack was stolen in Kalkasksa, Michigan. I had multiple illnesses, fire-ant bites, a concussion, broken ribs, a fractured toe, and a tree falling on me. However, I found grace and company being fed and housed by countless people in communities unfamiliar with hikers.

Q: What about Zero Days or Long rest time?

Rue:: I did not take rest days during the scouting hike unless necessary, usually due to illnesses or injury. These days could be spent in my tent, in a hotel room, or at a stranger’s home. During these times, I rested, repaired gear, made phone calls, sought medical attention if necessary, and prepared to go back on the trail.

I was forced off trail in October 2020 due to the “Over Training fatigue” and weather, and I returned home to Bend for six months. The Nonprofit was founded then, the community built more, and fundraising commenced to fund the trip’s final leg.

In May 2021 I set out to finish the final 3,000 miles of the trail. In this segment, I lost my Brother, returned home, and then returned to the trail. Unfortunately, I had to return to Bend in September 2021 due to illness again. I continued working on the conference, fundraising and mapping the official route of the trail.

In July 2022, I left to complete the final miles of the loop and encountered multiple illnesses and injuries, forcing me to return to Bend once more for two weeks to rest and heal.

Q: Now that you have finished, any regrets?

Rue: I regret not being there for my brother. But no, I am focused now on building on the conservancy efforts American Permiter Trail association and helping communities or agencies either complete trails we used or made trails that do not exist. Did you know that a state as large as Texas has no official state trail? We want to help them create one using the data I collected while traveling through the state.

Rue: Well, we have put together a board for the association. We are meeting with Cartographers and filmmakers. But mostly, the effort now turns to membership and community involvement in conservation efforts around the country. We want the American Permiter Trail to become a National Scenic trail for everyone to enjoy, but that will take work and an act of Congress to get a designation.

I will be re-hiking some segments to make better routes. In addition, we will be creating a conference and community effort to tie in with trail associations and projects around the country.

Finally, the final trail map will include areas I did not hike on the original loop because we have deemed them unsafe or found better options over the last two years.

The APT will be a connection place for all who want to spend time with nature. A trail for kids to safely walk to school, a path to a neighboring town farmers market. It may have a section with a community garden that helps feed those in need. I want to see it also be part of an environmental education program that draws the next generations away from electronics and worries of the world to find peace among flora and fauna.

Support for the APT

“We applaud the completion of his APT scouting hike that Rue completed and support the concept of a long trail around the nation. We know what a challenge establishing and maintaining long trails can be. Ecologists are now confident that only by protecting large, connected landscapes (like the landscapes around long trails) can we ensure the future survival and sustainability of species as climate change forces many to move to new habitats. If the APT means more connected and protected landscapes, we support it! – “Scott Wilkinson Director PCTA

How Can Others Join the Effort:

The American Perimeter Trail Conference is a grassroots 501c(3) non-profit organization dedicated to conservation and community. With your generous support, we were able to fund the backpacking necessary to establish the APT and fund additional projects related to the creation of what will be America’s newest and largest conservation and volunteer community. All contributions are tax-deductible.

Become a Member to enjoy a range of benefits, including full access to the members portal, members-only events, early registration to events and discounted registration to APTC events.

The APTC is always in need of assistance. Volunteer your time and talents with us and help us create this trail and corridor.

Contributions made to Rue via PayPal are not tax-deductible and are not associated with the APTC.

The APT uses a combination of existing trails, such as the Pacific Northwest Trail and North Country Trail and currently undefined routes. During the scouting phase, Rue backpacked many cross-country routes using a map and compass and the Gaia app. The first hike was completed on October 8, 2022.

The Future of American Perimeter Trail

A Voice for the Tahoe Backcountry

How To Transport Your Fishing Rod on a Road Trip

A Winter Trek to Winnemucca Lake off Carson Pass