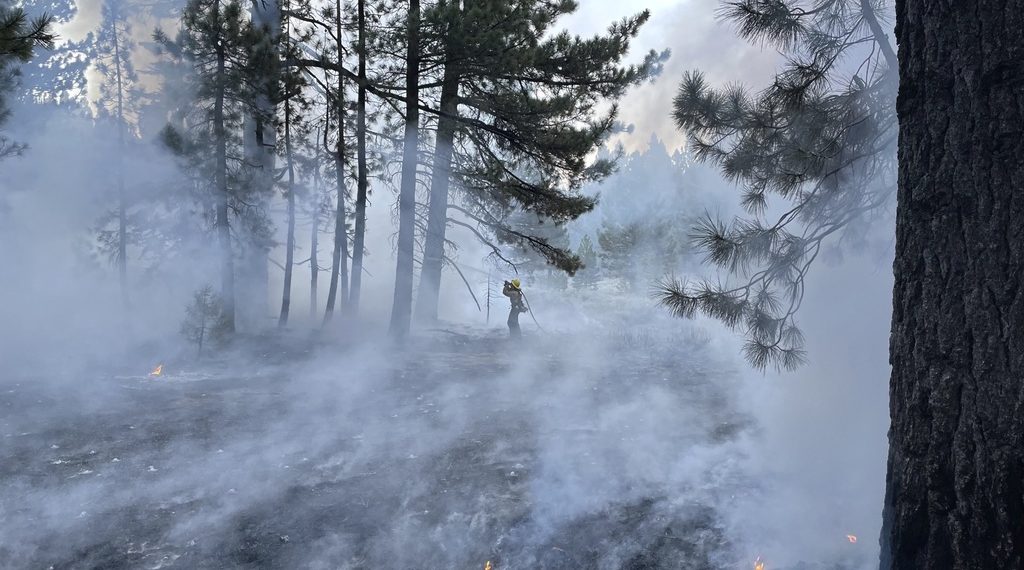 MAMMOTH LAKES, Calif. —September 8, 2022 – On Labor Day evening, September 5, a small fire broke out just north of the Mammoth Scenic Loop, named the Scenic Fire. The following day, investigators officially concluded the fire was caused by an illegal campfire that had escaped.

U.S. Forest Service firefighters responded to the fire, reported by a visitor passing by on their side-by-side, where they were able to contain it to a quarter-acre.

During the second operational shift however, the fire spotted an additional quarter acre approximately 200 feet away from the main body of the fire. It was detected and quickly contained by 9:00 a.m. before it hit a patch of dried-out tree snags.

Firefighters will continue mopping up and inspecting the fire daily for any hot spots for several days before declaring the fire “controlled and out.”

“With extreme heating temperatures and relative humidity’s dropping to single digits in the afternoons, any human-caused wildfire has the potential for large fire growth,” said Acting Fire Chief Chance Traub.

“We want to reiterate how important it is to follow our fire restrictions. When the winds come, fires like these could turn into something much worse.”

Inyo National Forest firefighters are greatly appreciative of the interagency efforts contributed by the Mammoth Lakes and June Lakes Fire Departments, and cover resource engines from out of the state who also assisted on this fire.