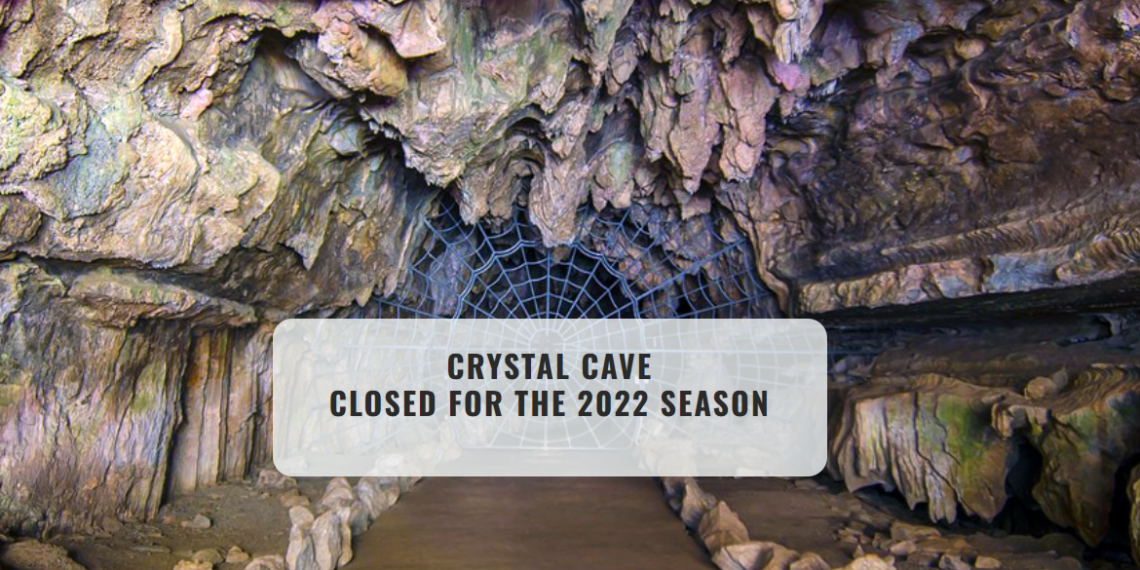 SEQOUIA NATIONAL PARK – April14, 2022 – As travelers approach summer season and with next week visitors celebrating national Park week across the country, we want to get the info out that Crystal Cave will be closed in 2022.

On Thursday September 9, 2021, the Cabin, Colony, and Paradise Fires were ignited by lightning and discovered the following day. The 1.25-acre Cabin Fire was quickly contained, but the Colony and Paradise fires presented serious challenges to firefighting and spread rapidly. The two fires merged into one large fire on September 17, 2021, referred to as the KNP Complex.

The fire was declared 100 percent contained on December 16, 2021, after significant precipitation events occurred across the Sierra Nevada. However, serious hazards exist in burned areas, such as falling trees, debris flows, and rockfall.

The KNP Complex, ignited within a mile of Crystal Cave, and the area around the cave sustained serious, high-severity fire. There were many fallen trees and rock slides along the road to the cave, and the trail down to the cave experienced multiple rockslides and damage to safety railings. Despite all the damage outside, we don’t think that there was any significant damage inside of Crystal Cave.

Visitors typically flock to Crystal Cave in the summer season. Crystal Cave is an excellent example of a marble cavern. A half-mile loop trail leads through the cave, and there’s also a steep half-mile walk to and from the cave parking area to the entrance. Because of fragile formations, the only way to visit the cave is on a guided tour. Tours are suitable for all ages. If you decide to see the cave, plan on spending about half a day traveling to the cave, walking to the entrance, and taking the 50-minute tour.

When Will Crystal Cave Re-Open?

The National Park Service will be focusing on recovery efforts in 2022 including reestablishing safe access to Crystal Cave. If all goes well, we are planning to reopen the cave in May 2023.