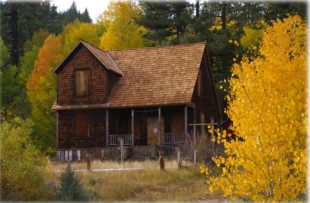 QUINCY, CA – August 3, 2022 — The Plumas National Forest has modified and updated Forest Closure Order 05-11-03-21-04 to reopen six roads affected by the 2020 North Complex wildfires on the Feather River Ranger District.  Four roads and all of the trails within the closure order remain closed.

District employees are continuing to work on multiple Forest Service Roads (FSR) and trails to restore access to the public.

The following roads are now open:

The roads reopening has restored access to Golden Trout Campground on the Feather River Ranger District.

The current closure is referenced as Order Number 05-11-03-22-02 and is in place until conditions allow or July 31, 2023, whichever occurs first.  There will be public notifications when the closure order is lifted or modified further.

The closure order is for public and employee safety as assessments and work continues to repair and restore access to roads and recreation sites affected by the fire.

Feather River Ranger District employees are working on repairs, reconstruction and risk-mitigation projects associated with the fire damage.  Work in the area has taken longer than expected due to analysis needs, acquiring funding and a shorter season to implement repairs due to elevation, which limits construction activities to summer and fall months.

“We are continuing to make progress on road and recreation sites after wildfires and are working to restore access to the public,” said Feather River District Ranger Dave Brillenz.  “We will continue to reopen sites as we can.”

Area residents and visitors planning to recreate in the area are asked to use caution.  There are still hazards in the burn area, including dead trees that can fall with little to no notice, unstable slopes and potential rock fall, especially during storms.