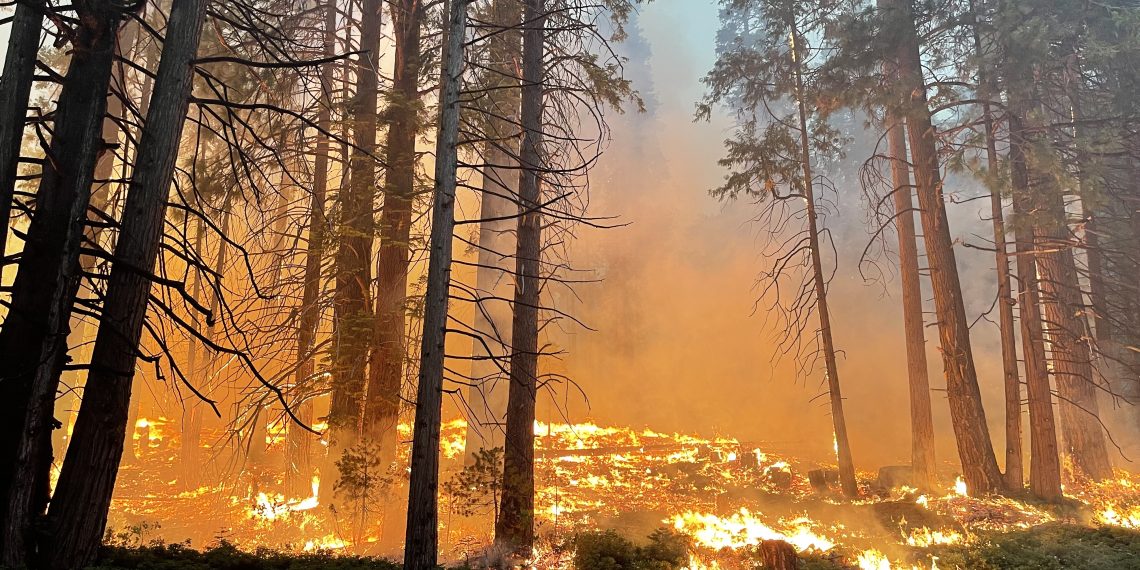 Yosemite National Park – Fire News – July 12, 2022 – The Washburn Fire was reported on July 7th, near the Washburn Trail in the Mariposa Grove area of
Yosemite National Park. Dry conditions and hotter weather patterns helped this fire spread quickly closing access the Yosemite’s West entrance and endangering many of Yosemite’s Iconic symbols near the Mariposa Grove. As the fire expanded to over 3200 acres over the weekend specific attention was give to saving the Mariposa Grove region, home to some of the largest most iconic trees left on earth.

While structure wrap is not currently being used on the giant sequoias, firefighters are proactively protecting the Mariposa Grove through the use of a ground-based sprinkler system. This increases the humidity in the area around the trees and combined with the removal of ground fuels, the ground fire risk is greatly reduced. Yosemite’s fire management program has for many years utilized a wide variety of methods to reduce the fuels and minimize the risk of fire to the over 500 mature giant sequoias as well as the entire National Park.

Terrain and Fuels: The fire is burning in difficult terrain which presents accessibility issues for firefighters. Heavy fuel loading from a period of high tree mortality has resulted in a large number of standing dead and fallen trees which create hazardous conditions for firefighters. The current fire location does not provide a large number of natural barriers which are often used to slow or stop the spread of a fire. Consequently, a great deal of hand and dozer line is being constructed.

Aircraft Incident: On Saturday, July 9th a tree branch was sent into the air from the powerful updraft produced by the fire. As it dropped back to earth, it narrowly missed two firefighting aircraft. Fortunately, there were no injuries and no damage. We are all grateful for the hard work and risks taken by everyone involved with the firefighting effort.

The Rest of the Park Remains Open: Reservations required; visit www.recreation.gov. We appreciate the patience of the public as visitors experience longer waits at the other entrances while the south entrance remains closed.

Video and image credit to the National Parks Service. All videos and images property of the NPS.

THINGS YOU SHOULD KNOW ABOUT TIOGA PASS IF TRAVELING IN 2022

THINGS YOU SHOULD KNOW ABOUT TIOGA PASS IF TRAVELING IN 2022