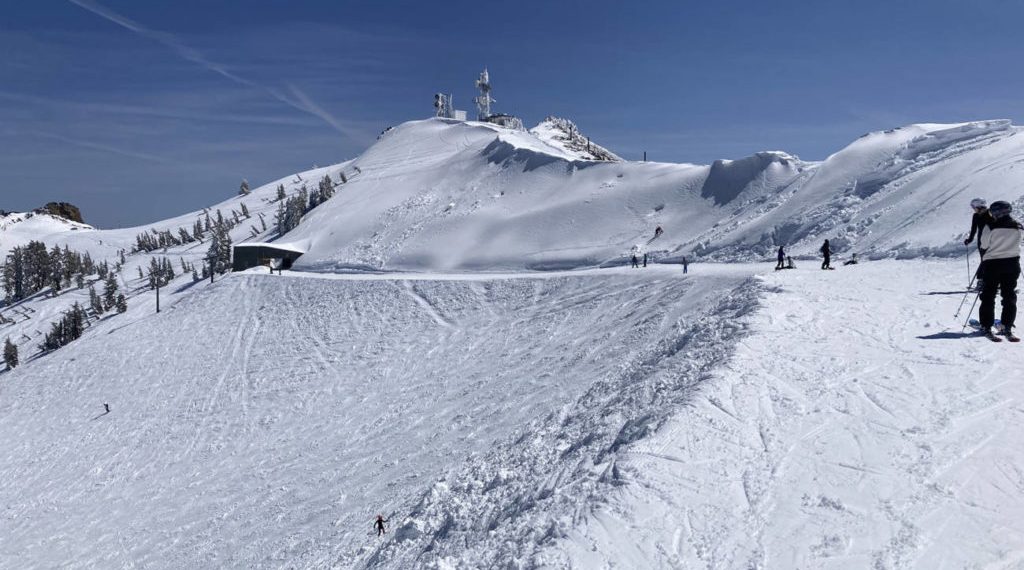 Alpine Meadows – Lake Tahoe, April18, 2022 – Closing Day just seems way to early after a week of storms and another week in the forecast. As you peak around Lake Tahoe this Blustery Monday afternoon after Easter it is certainly looking like winter again on the slopes. Blessed with fresh snow last week the Tahoe ski resorts enjoyed the Easter weekend with Pond Skims, and traditions only reserved for spring skiing slopes.

But for a few, Easter also marked the end of a season. Not because there is no snow. But because of planning, forecasting and just a little bad luck.

Alpine Meadows ski resort closed up for the season yesterday with great spring skiing conditions and a mountain that looks like it could go several more weeks with solid spring skiing. Last week it received nearly 4 feet of snow and forecasts this week could bring several more. But unlike its counter part at Palisades next door which gets to stay open until Early May, They had to forecast a bit a few weeks back when the snow looked bleak and the summer season was pushing its agenda. This does not sit well with the faithful in Alpine Meadow, as the traditions of late season closing races with Palisades seem to be waning under new cultures.

Reality is whether or not you believe there is an underlining story between ownership and its staff at Alpine or Palisades, in mountain ski resorts around the world once you make the call of final day, it is very hard to change. Staff typically start making other plans and running the operations just becomes non flexible.

On Saturday the official operations blog posted this explanation:

We almost always close Alpine before Palisades, and this year is no exception. It’s true that we lost a lot of snow to the warm temperatures, as explained above. But there are other factors at play here, too. Just a few weeks ago, when the winter looked like it was completely over, we started scheduling out work on our summer projects at Alpine. We have a new snowmaking system going in at Weasel and timber clearing that we need to do for the U.S. Forest Service. Although we now have more snow, those plans are locked in and we need to start work on them to complete them prior to next season.  ~source https://unofficialalpine.com/

Just a couple of weeks ago, snow was melting like crazy and it was looking like it was going to be very difficult to find the snow to keep the West Runout to Summit alive. Nobody expected that super typhoon Malaka was going to finally cause a change to a very stagnant weather pattern. The call was made and staff was notified that April 17th was going to be it. Once that call was made, it’s very difficult to undo. Staff started making other plans. People wanted to go to Mexico, just like I did. They needed to return to school, visit family or more likely, move on to other jobs. Then it started snowing again like crazy. Almost 4 feet fell last week and another 3 feet may fall this week. Oops. ~ Mark at unofficialalipine.com

As we move forward into the week Storms are stacking up and as of now they look promising. This should be an impressive snowstorm by April standards if the current forecasts hold. 5-10 inches of new snow is possible at the base, and 15-24 inches on the upper mountain by Friday afternoon at Palisades.