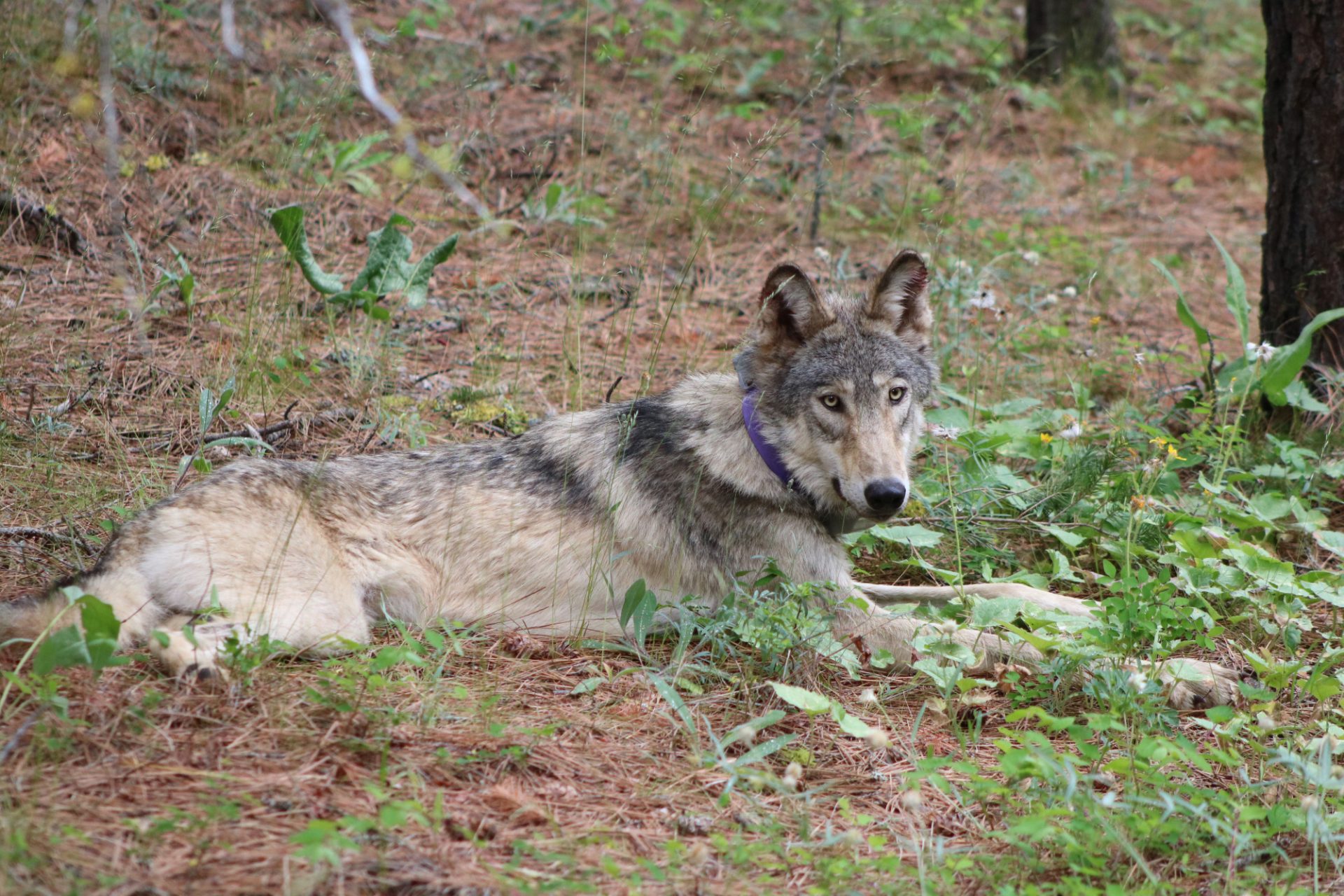 Photo of OR-93 by Austin Smith, Confederated Tribes of Warm Springs

Are Gray Wolf here to Stay Between Lake Tahoe and Yosemite?

Press Release Update – California Department of Wildlife , March 23 2021 – OR-93 has traversed a significant distance since the California Department of Fish and Wildlife (CDFW) announced he was in Modoc County in early February. Over the past few weeks, he moved from Mono County, through parts of Tuolumne, Mariposa, Merced and Madera counties. The last collar reading showed the wolf in agricultural areas in central Fresno County.

Press Release – California Department of Wildlife – Minden NV, February 25, 2021 – Another GPS-collared gray wolf has dispersed from Oregon into California. The wolf, known as OR-93, has traveled farther south in California than the collared wolves that have preceded him. This is the second Wolf that has traveled near Lake Tahoe Basin with this one passing by on his way into Mono county.

OR-93 is a young male that dispersed from Oregon’s White River pack, southeast of Mt. Hood. He was fitted with a tracking collar by the U.S. Fish and Wildlife Service and Confederated Tribes of Warm Springs within the White River pack’s territory in June 2020. Like many young wolves, he subsequently left his pack in search of a new territory and/or a mate.

After arriving in Modoc County in early February 2021, he quickly passed through portions of numerous California counties before arriving this week in Alpine County, between the trans-Sierra State Highways 4 and 108. He then moved just into Mono County, putting him hundreds of miles from the Oregon state line and his natal territory. The California Department of Fish and Wildlife (CDFW) will continue to monitor his whereabouts with the cooperation of the Oregon Department of Fish and Wildlife.

OR-93 is the 16th gray wolf documented to have dispersed into California, and most of those animals have traveled from Oregon. One of those dispersing wolves, OR-54, traveled as far south as the Lake Tahoe Basin before returning north. The others have primarily traveled, and sometimes settled, in the California’s northernmost counties.

The first wolf known in California since the 1920s, OR-7, first visited in late 2011. Since then, the state has seen the formation of two packs. The Shasta Pack in Siskiyou County had five pups in 2015 before disappearing late that year. The Lassen Pack, which occupies parts of Lassen and Plumas counties, has produced pups each year from 2017 to 2020. Additionally, a new pair of wolves has recently been documented in Siskiyou County and CDFW biologists believe it is likely they will produce pups this spring.

CDFW is working to monitor and conserve California’s small wolf population and is collaborating with livestock producers and diverse stakeholders to minimize wolf-livestock conflicts. Gray wolves are currently listed as endangered pursuant to California’s Endangered Species Act (CESA). Their management in California is guided by CESA as well as CDFW’s Conservation Plan for Gray Wolves in California, finalized in 2016. More information is available on CDFW’s wolf webpage at: wildlife.ca.gov/conservation/mammals/gray-wolf.

CDFW encourages those who see wolves to detail their sightings on its online reporting site: wildlife.ca.gov/Conservation/Mammals/Gray-Wolf/Sighting-Report.