Fire Was The Primary Story This Weekend in the Sierra Nevada 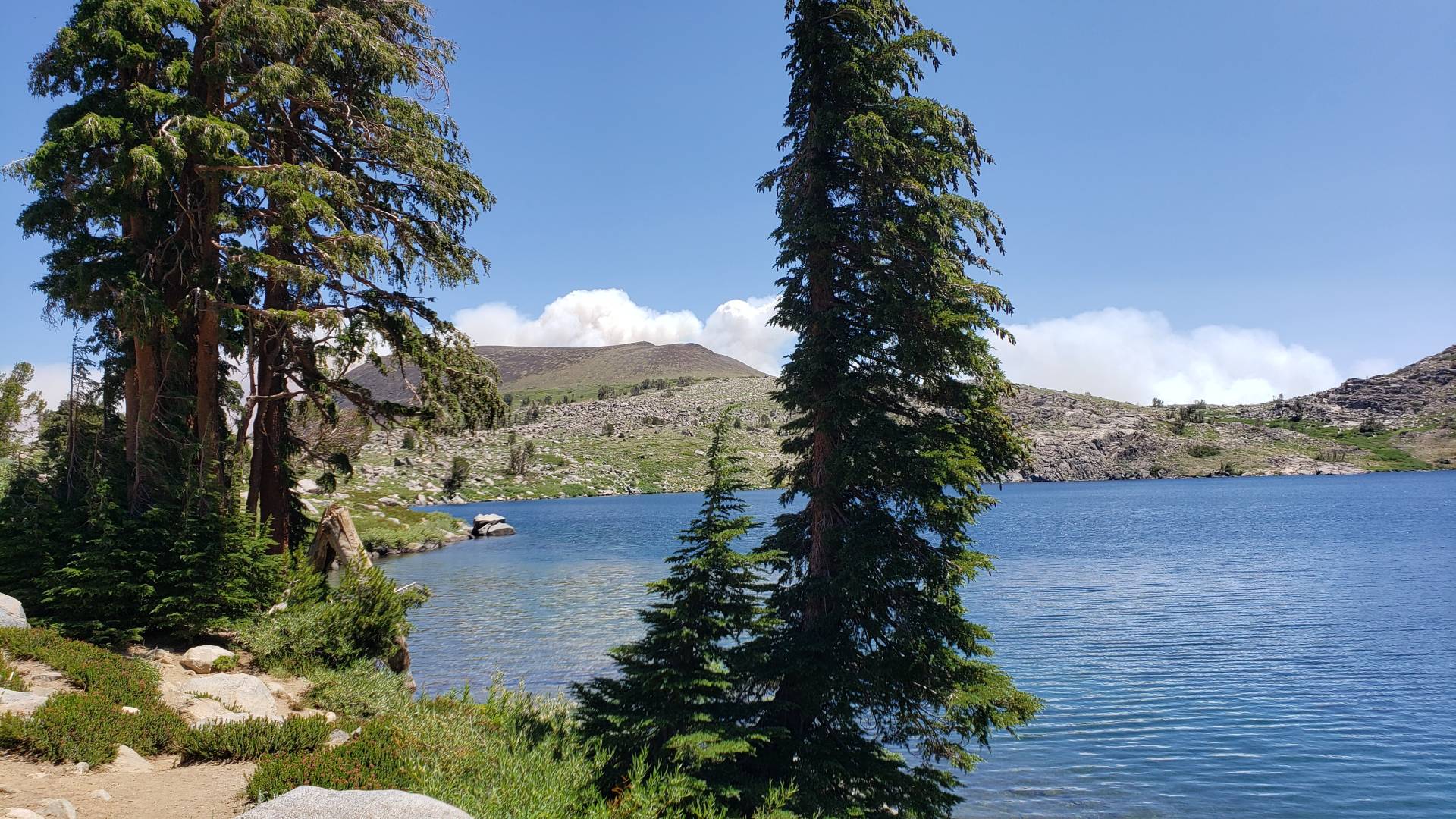 Sierra Nevada – July19, 2021 – As summer has progressed and warnings of drought have been continually issued, matched with record heat in June and dry conditions heading into July. We all expected fire season to arrive sooner or later with a vengeance.

The last week seems to have been the start of the season and smoke poured out through out the Sierra in multiple locations. Canceling he Death ride in Markleville, causing camping and recreational plans to change in Mammoth and all of Plumas County to the north of Reno. Yet if you were willing to travel a bit further you could still find blue skies and great weather for fishing, hiking or swimming in mountain lakes.

that is kind of how it always is as the smoke is deceiving in the air, and devastating to those in the path of the wind. but if you are lucky enough to travel to the other side of the fire and wind then you have great opportunities to enjoy the outdoors.

Beckwourth fire is located in Plumas County North of Truckee and has been burning for weeks. They finally have over82% containment with over 105,000 acres burnt. This is a combination of three fires now, Beckwourth, dotta and sugar fires and evacuations are still in effect in some areas. This fire close hwy 395 last week but the highway is back open for travel, but several recreational roads are still closed in the area.

Resources: 35 crews, 87 engines, 13 helicopters, 35 dozers, 43 water tenders, 10 masticators
Current Situation: Monsoon moisture has moved in from the south. Storms may produce lightning and
erratic winds. Fire crews on the northeast side are finding and extinguishing areas of residual heat.
Additional resources will be brought in for fire suppression repair.
The Sugar Fire within the Beckwourth Complex is remaining within its present parameter of over 60
miles of containment lines. Firefighters continue to secure and patrol the fire area from Highway 395,
northwest from Doyle to Bird Hill and south to Meadow View. Crews are monitoring smoldering,
smoking pockets of vegetation within the fire’s perimeter.
Containment lines from the Dixie Mountain ridge system, north to Ramelli Creek and from Maddalena,
east to the Scott Road, north to Constantia and the community of Doyle are still holding. Firefighters
will continue monitoring these areas.

The Tamarack Fire near Markleville ca this weekend was an extremely dangerous fire. Extreme fire behavior in the form of crowning, spotting and surface runs along active perimeter of the fire. Fire is burning in mixed conifer, heavy mountain brush/grass, sage and juniper.

This cause Evacuations of Markleville, Woodfords and all surrounding community areas. The Death Ride was canceled and HWY 89 and $ remain closed in the region from fire activity on both sides of Markleville. This fire has also closed the PCT from Ebbetts pass on 4 to Carson Pass on 88 as the origin of the fire was not far from the trail below Raymond Peak in Mokulumne Wilderness.

The fire is estimated at 23,078 acres with no containment reported. An infrared flight scheduled to fly the fire overnight was canceled due to smoke and weather conditions. Differences in reported acreage are due to estimates by crews on the ground. As soon as conditions allow, a mapping flight will be conducted to provide more accurate information about the size and location of the fire.
Firefighters plan to continue point protection efforts around structures in all areas currently being impacted by fire. Crews will continue securing established line around Markleeville by mopping up hot spots. Last night, a firing operation was completed along a containment line established from Highway 89 to Diamond Valley Road. Crews will continue to improve and mop up this line today. Firefighters are working to limit fire spread north towards Highway 88 and Carson Canyon. Today, as resources become available, they will begin line construction at Highway 89 moving to the southwest. A damage assessment team has been ordered and will begin working in the fire area to determine exactly how many structures have been destroyed or damaged.
Evacuations: Markleeville, Grover Hot Springs and campground area, Shay Creek, Marklee Village,Alpine Village, Woodfords, East Fork Resort and the community of Hung A Lel Ti are under evacuation.
Closures: Highway 89 is closed at the intersection of Highway 4 and 89. Highway 4 is open west of theHighway 89 and Highway 4 junction. Please slow down and drive with caution in the area as fire crewscontinue to work. Refer to https://roads.dot.ca.gov/ for closure specifics. The Pacific Crest Trail isclosed between Carson Pass (Highway 88) and Ebbetts Pass (Highway 4).
Weather and Smoke: There is a 60 percent chance of wetting rain today, with a possibility of floodingin drainages and debris flows on steep terrain in the fire area. Even if the area receives rain, the firecould remain active. Carson Valley and surrounding areas could be impacted by smoke and ash fall.Individuals with compromised respiratory systems are encouraged to limit outdoor exposure, if possible.
Fire Information:• Inciweb: https://inciweb.nwcg.gov/incident/7674/• Facebook: @HumboldtToiyabeNF #TamarackFire• Twitter: @HumboldtToiyabe #TamarackFire• Fire Information Number: 775-446-5438

July 19, 2021 —Firefighters havecompleted tying in the fireline around the entire perimeter of the fire. Containment grew yesterday and last night to 96%. Fire within the interior continues to burn inside the containment lines in interior islands. Today, crews will continue improving the containment line and increasing the depth of mop up. Last night was the final night shift that will be staffed. Significant demobilization of resources will begin today.

Yesterday produced some steady rainfall over the fire area. A stronger wave of heavy rain with significant lightning is expected today, bringing the possibility of substantial outflow winds of 40-50mph. While new fire starts are still possible, the increased moisture should lessen the risk for new starts making large runs.

The Big Springs and Bald Mountain Springs Campgrounds remain closed while the fire is still active and heavy equipment is still in the area. Roads in the immediate vicinity are also closed to the public: North of the Owens River Rd. (2S07), east of Highway 395, west of Forest Rd. 1S17, and south of Highway 120. (See Forest Closure Order.)

Fire Restrictions remain in effect for the Inyo National Forest and Bishop Bureau of Land Management (BLM). Campfires are allowed only in developed campgrounds and recreation sites. A portable stove or lantern using gas, jellied petroleum or pressurized liquid fuel may be used with a valid wilderness or California Campfire Permit in dispersed areas. Smoking is only allowed within an enclosed vehicle, building, a developed recreation site, or in an area at least three feet in diameter cleared of flammable material.

Tamarack Fire Near Blue Lakes Sparks up from high Winds