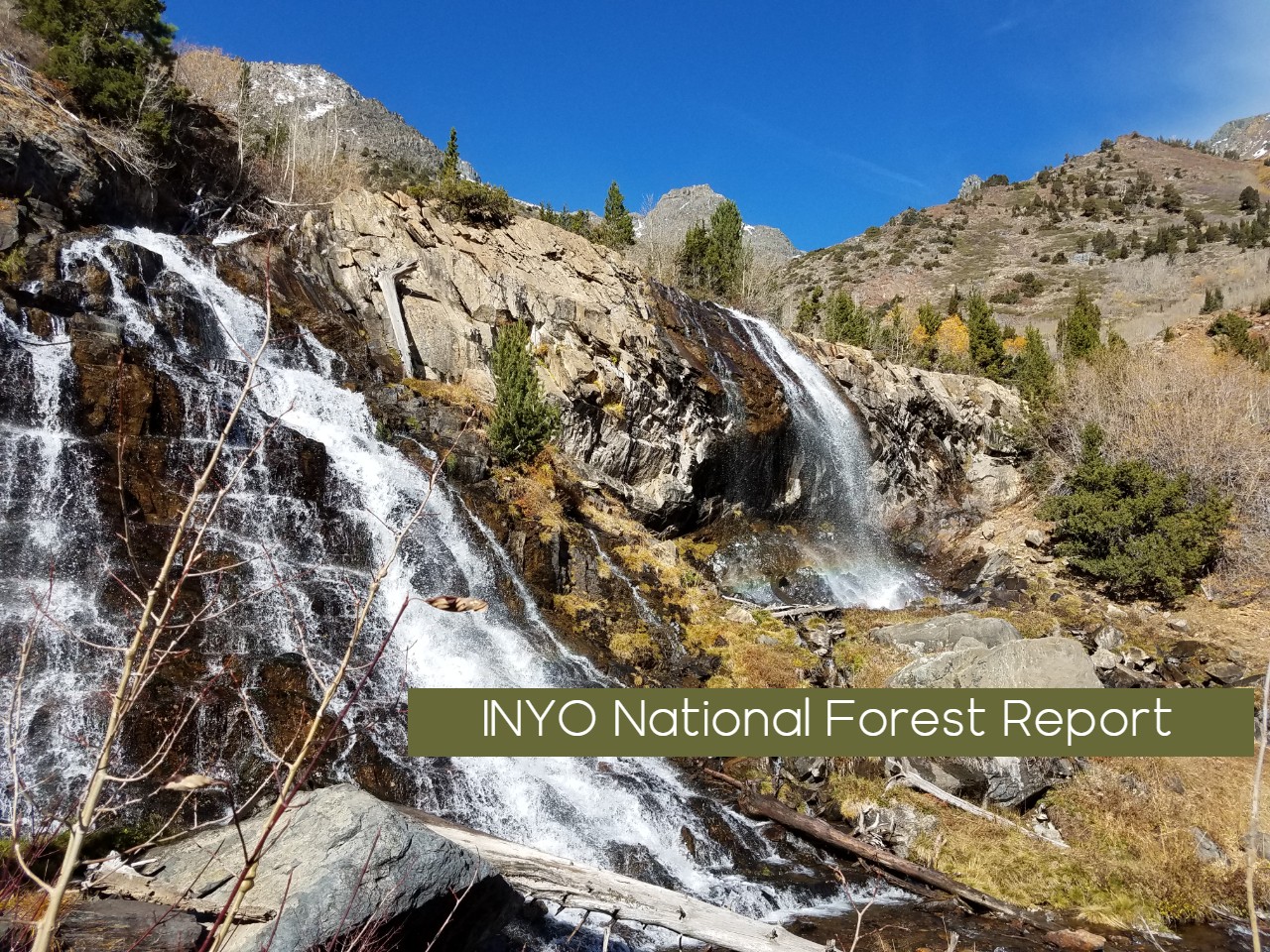 Wildernesses in the Inyo Mountains and the White Mountains, the Ancient Bristlecone Pine Forest, front country areas outside of Wilderness throughout the forest, developed sites, resorts, and recreation resident cabins are and have been open. This includes areas for activities such as dispersed camping, OHV, fishing, hiking and mountain biking in areas throughout the forest that are not included in the forest closures.

Forest Closure 05-04-51-20-16 remains in effect and closes areas in the south west of the Golden Trout Wilderness due to the SQF Complex (Castle Fire).

These closures remain in effect because fire danger remains high and to prevent new fires from starting. Availability of firefighting resources remain a continuing concern in this fire year. The Creek Fire continues to bring substantial safety concerns for visitors and hikers in the John Muir and Ansel Adams Wilderness areas.